I have never been to Rakuzen and only heard that it is a most expensive place so I did not bother going there. This time round due to a pre-New Year gathering with the girls from Cell Group, I had the chance to see what is the rave about this place.
As per expected, all the prices are over the top especially the sashimi.

The miso soup in a special claypot, is just simply fantastic with the great taste, kept at a position that it was not overly salty like other miso soups. There a few super tiny oysters and mussels inside with mushrooms and cabbage. 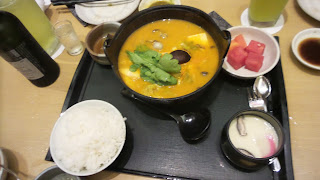 The thin sliced beef is quite delicious. The salad at the side is quite tasty. I love the Chawanmushi is amazing, very smooth with ginkgo, mushroom and fishcake. My friend said that she has never eaten so much chawanmushi in her life! 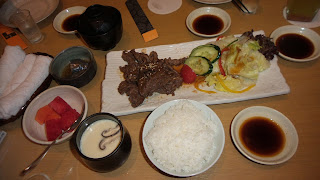 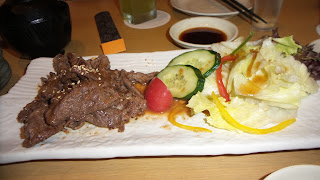 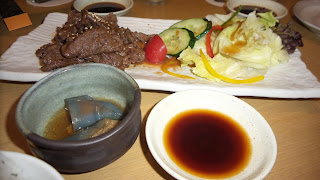 My friend ordered the Dragon california roll because she mistakenly thought that there are only 4 pieces inside instead of 6 pieces as served usually in other restaurants. The deep fried prawns are also deliciously tucked inside. 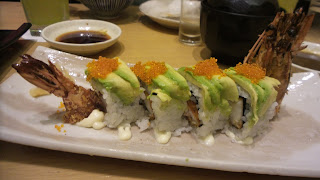 There were 3 pieces of tempura ebi inside and also brinjals and also vegetables, all beautifully coated with tempura flour. The cooking is not overdone and the tempura does not have small crumbs on it like what I had at Mid Valley Food Court. This set also comes with sashimi like maguro, salmon and another special fish in white  that was Hamachi. The sashimi are all very fresh and thick. 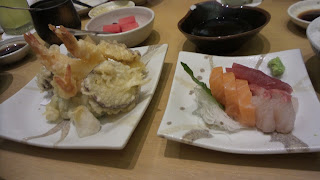 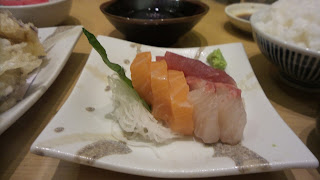 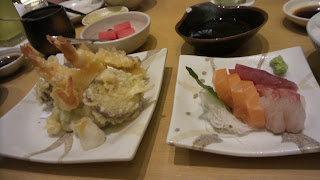 We thought the portion is as big as the one shown in the photo in the menu but when it arrived, instead of in a boat, it came served in a small Japanese side dish plate! We were so shocked that one of my friends who has big eyes, the eyes popped out, well almost, silently! It consisted of meagre slices of thick salmon, maguro, octopus, scallop, hamachi which were all no doubt fresh. 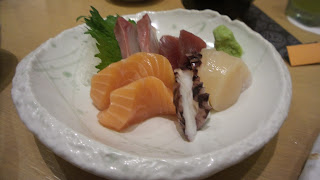 My friends end up still wanting to order by opening the menu to browse for more food.

Since it was a New Year celebration, we ordered the sparkling sake for RM 99 which turned out to be fantastic, and much better than the traditional sake I have tasted for my first time recently. I guess I am more a cocktail person after all. 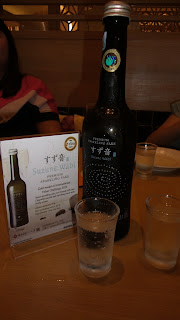 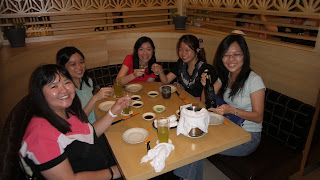 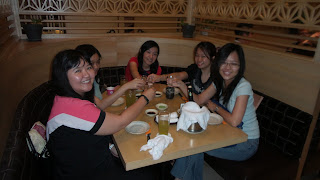