Do you know there is a cafe specializing in selling KL style Hokkien Meein Sunway Pyramid? Well, I didn't know till I came here with my friend who loves Hokkien Mee. For those Penangites, this is not the Prawn Mee but what Penangites call "Hokkien Mee." Initially, when I first came to KL, I was confused over this.

The prices here are quite reasonable at RM 12-13 per plate which is somewhat similar to what we have at the kopitiam outside except that the portion is less here.

The weird thing is that my friend's brother doesn't seem to like Hokkien Mee so we had fried bihun Hokkien Mee style. It has big prawn and cabbage.

My favourite was the eggy Claypot Lao Shu Fan which was fragrant and delicious. The egg is is simply amazing as it covers the noodles. 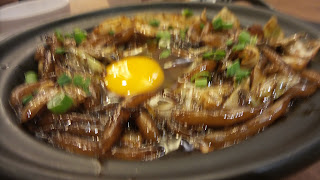 We also order the Sui Kow (Prawn Dumplings) which was filled to the brim with meat. I did not taste much prawns though. Most importantly it was not oily. 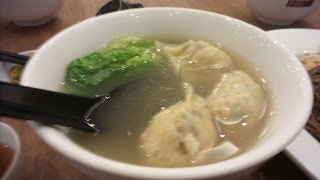 The belacan fried chicken is quite ok, but a little too salty for me as I hate salty food. 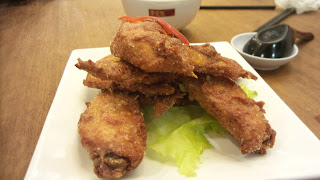 The Cantonese Noodles was quite ok but admittedly I didn't like too much hor fun. 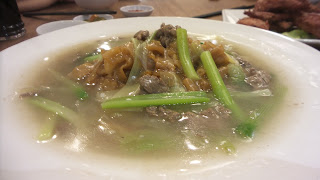