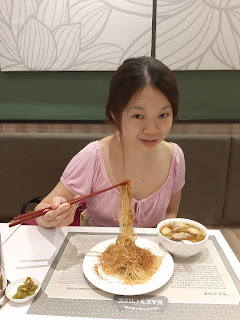 We spotted this place many times in One Utama but I have always labeled it as expensive Wantan Mee place so I never stepped into the restaurant till today when we ran out of new places to try. After all, it was already 5pm and too late to cook dinner at home. We also saw some Video online about the wantan mee with prawn roe.

This is something you would order if you want the best of both worlds, the wantan mee and the prawn wantans as well as prawn sui kow with black fungus. The noodles was totally dry, unlike the usual wantan mee which is served with dark sauce except this was dry so that we can feel the fragrance of the prawn roe. The prawn dumplings are to die for, absolutely heavenly. Quite worth the price since they gave about 6 dumplings instead of 4 pieces like in other fine dining wantan mee restaurants. 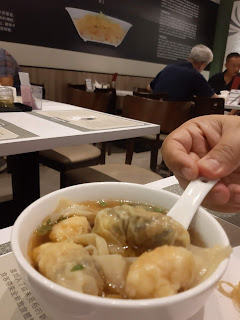 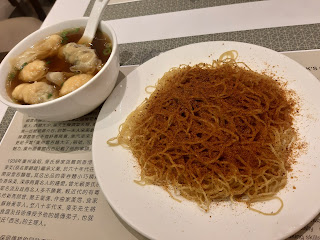 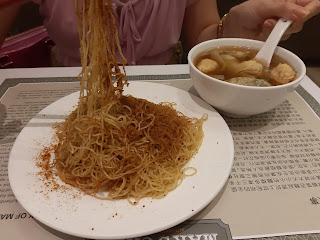 This lard rice is something very simple with 2 eggs and also luncheon meat (something I wouldn't order myself) as I rarely eat luncheon meat. 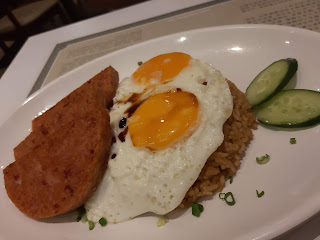