Another weekend, another food hunt for us. This time round we discovered a new place called Milligram Cafe.

I was lucky that when we went there, I met my ex-UKM mate, Yaiw who was also trying the food there. So I invited her to sit with us. She ordered some sausage thing with spaghetti aglio olio which was too salty. 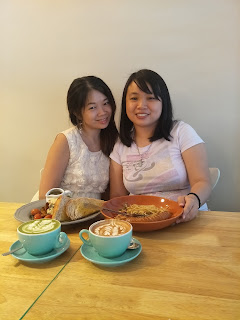 This is something like a pork schnitzel and was quite tasty. The meat was succulent too. The cheese on top was also very tasty. 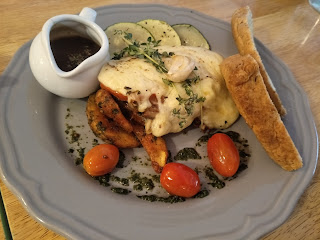 This is quite unique with thick french toast which was beautifully decorated with blueberries, banana and strawberry and also vanilla ice-cream. It was one of my first time ordering french toasts. 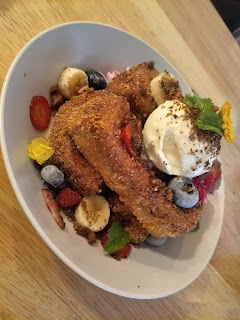 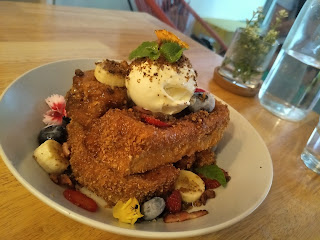 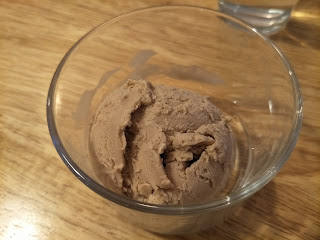 The matcha is very thick and has dark green colour. It was quite tasty and not too milky. 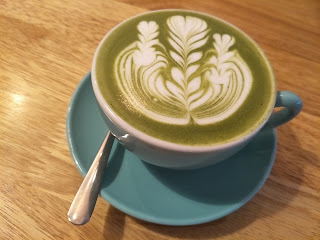 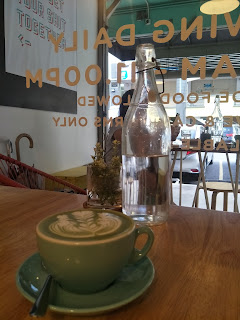