Every weekend I have a huge craving for Japanese food, to the extent that I am thinking of what will happen to my craving when I am pregnant? Hahaha .... perhaps even more sashimi craving?

We were heading to One Utama to watch Smurfs at 4 pm later but we were too hungry to go all the way there for lunch so I suggested saving money by having lunch at Aman Suria area coffee shop. But when we reached there, I noticed that Shunka which I have been for a food review with Angeline, had a small promotion.

Initially I did not know what to order as all the prices in Shunka menu has increased compared to the food review i had. So finally I ordered something spicy and less carbs, or so I thought. The noodles turned out to be too oily for me. The spice was a lot till it tasted almost like mee mamak. I disliked minced pork so I picked every pork out. I did not like the mayonaise overladen apple salad and thank god the chef graciously changed to a salad for me.

The set came together with chawanmushi and miso soup too. 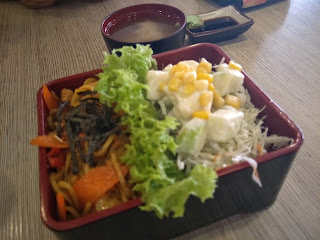 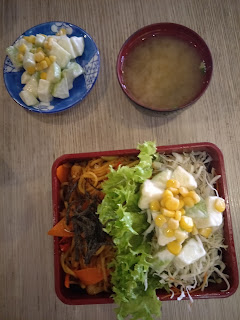 Jonathan ordered this to accompany his Kimchi Fried Rice (RM 10) which was served in a very unique fashion, in a stone pot! The kimchi taste was not much but at least it was fragrant and tastier than my noodles. 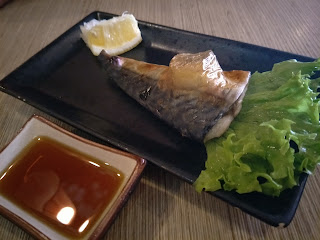 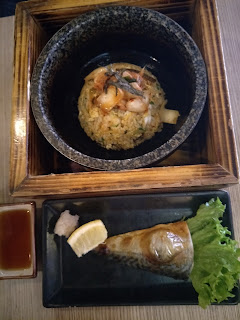 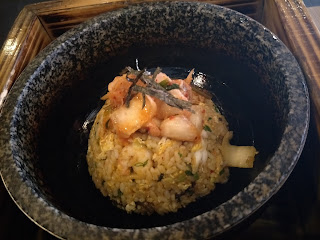