I have passed by this small cosy-looking cafe a few times whenever I am in USJ Taipan. This time round I decided to google and find some blogs about this place to check out what is cooking here.

The moment I entered this cafe, I was mesmerized. At the front is a bakery whereas the back side is converted in a cosy restaurant that is vintage and also has a mix of old British look with the paneling at the sides fully decorated with teapots, frames and photos and some knick-knacks and decorative items. 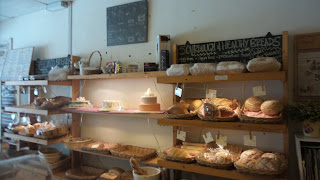 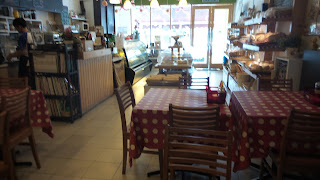 The tables are ladden with minnie mouse inspired white polka dots on red backgrounds, instead of the conventional red and white chequers. At the right side are a few comfortable and soft velvet sofa sets with lamp and lamp shades that were so inviting I had to make it a point to take a photo there after filling my tummy. 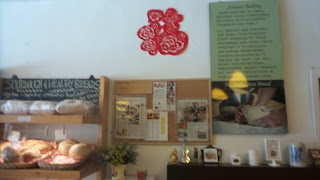 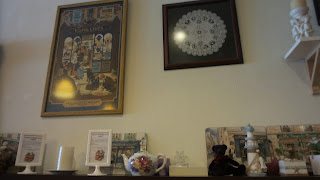 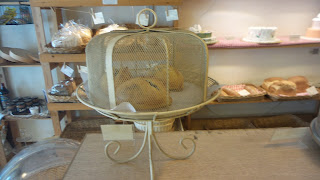 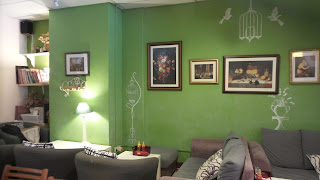 According to the story, the owner is indeed a carpenter's daughter and all the wood work here is made by her father, The Carpenter. 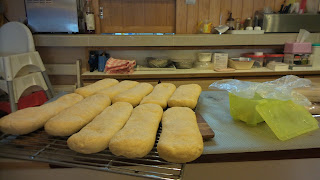 I actually spotted the carpenter's daughter, going around like a tauke. There was a young girl baking bread and slicing bread using the bread slicing machine at the end of the dining area. This shows how fresh the bread here is. After seeing this scene, I made it a point to buy a fresh half loaf of soft fluffy French Brioche bread for RM 6. Moreover, all the bread here are said to be baked daily which means there are no preservatives. 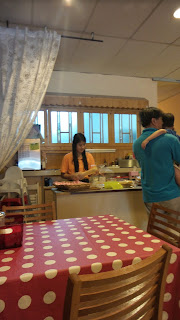 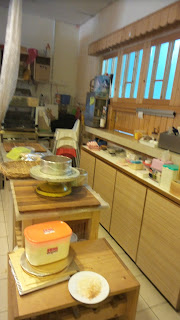 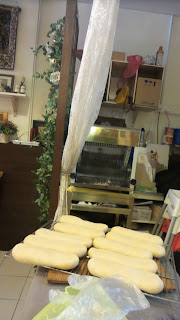 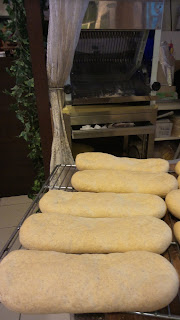 Since I saw a lot of newspaper articles talking about the carbonara and cream soup here, due to the fresh cream used by the owner. I did not hesitate to order one too. Furthermore, the owner would not use flour to thicken the soup but used potato and cream instead, which means everything used here are original natural ingredients.

The carbonara is the thickest I have ever eaten and beats those served in local franchises. I could not believe how generous the cook or owner in putting in so many pieces of salmon with oyster mushrooms and 2 types of capsicum to add some colour and crisp. The sauce is super thick, hence coating the spaghetti really well and would have been great with fettuccine too. 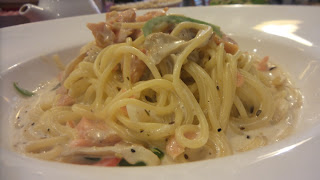 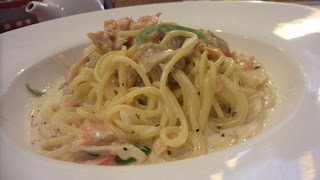 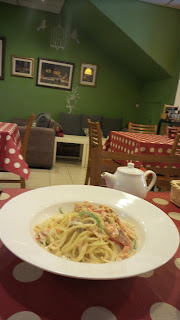 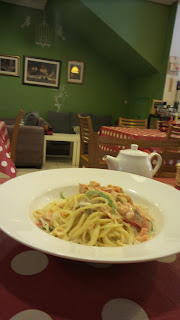 My friend was just about to order this at Ben's Grocer on New Year's Eve as he loves quiche so much but since  I told him not to order as RM 23 for a small piece of Quiche is not worth it. This time round, they gave us a big round of leek quiche. It was my first time having leek quiche instead of the ubiquitious spinach quiche. The ingredients are a lot. One can see a lot of leek inside. Most importantly, the crust is very crispy despite being a little thick. 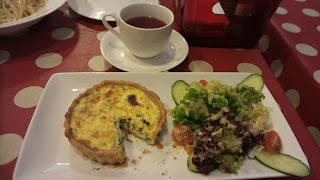 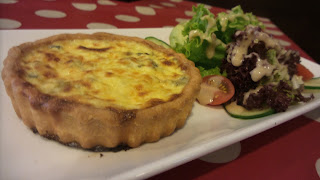 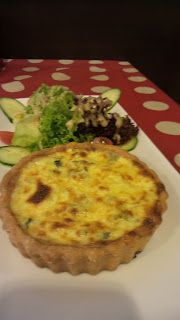 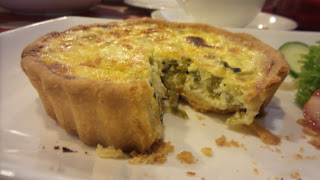 The tea was served in a very tiny tea pot that could not last more than 2 refills and started discolouring. The Red Berries Tea reminds me of Winters Warmers' Tea which is sourish and has a lot of ingredients to come up with the beautiful berry tea aroma. 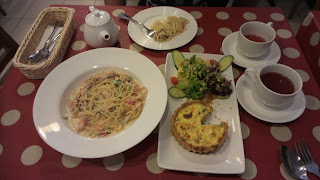 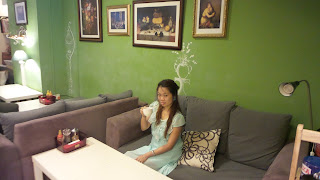 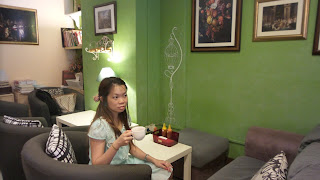 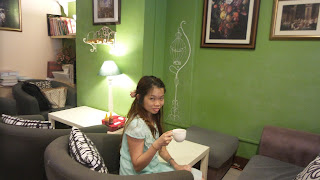