On 22 April, after much boredom of staying at home the entire day, I finally had a brilliant idea to swim in Ameera Condo pool which looks much better than mine, so I asked Stephanie whether I could do that and she said ok! Then I had to convince Jonathan to let me do that but he refused to join the swimming. I was so hungry so I had to cheat by buying chips at KK Mart. 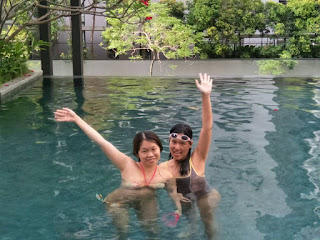 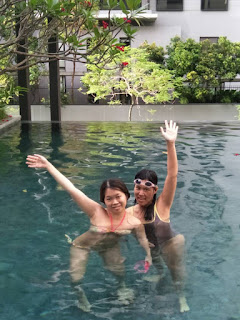 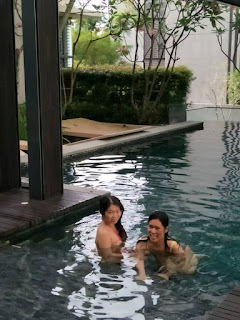 Can you believe it that it was our very first swim together despite knowing each other since Standard 2? 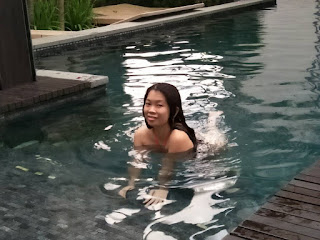 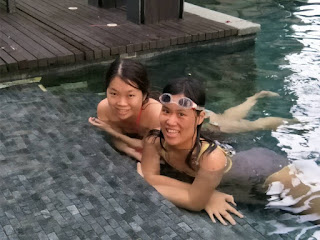 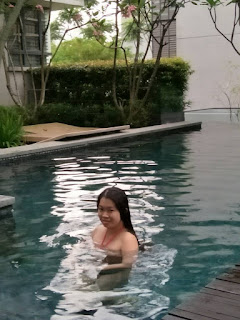 After the swim, we had dinner at a nearby kopitiam which I have never been, it was like a hidden gem in the neighbourhood.

This is the best Chinese chop I have ever eaten and even better than the one at SS3! It is so crispy too! It is even more unbelievable if I tell you that there are onion rings served on top as it is a the first time for me to eat onion rings in Chinese cuisine! It was also not too salty and oily! 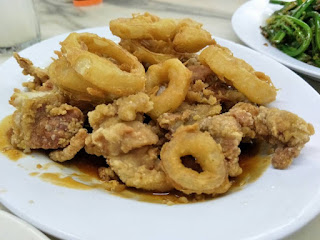 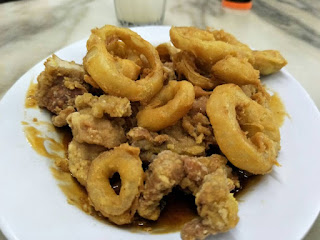 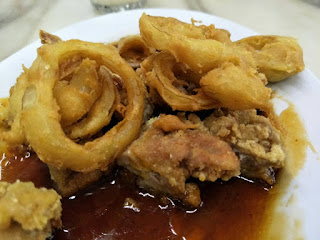 One of my favourite food is prawn mantis which I prefer compared to even big prawns because I generally like the lobster family and also am too lazy to peel prawns. The mongolian sauce has covered the mantis thoroughly. 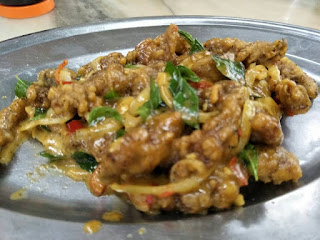 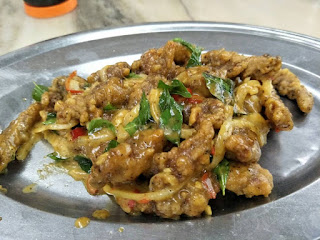 The portions here are huge for the low price and matches the Chinese Cantonese term of "peng, leng, cheng" (cheap, tasty and incredible). The paku-pakis is crispy, fresh and served in portion for almost 3-4 pax instead of 2 pax! We had a hard time finishing all the dishes if we all ate rice. 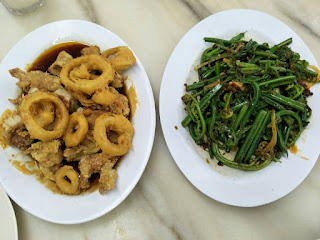 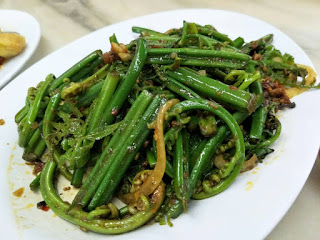 It has been such a long time since I last had fried mee sua which is not a common thing in KL compared to Penang. They were able to make it not as oily as Penang as well and had a lot of cabbage and bean sprouts! 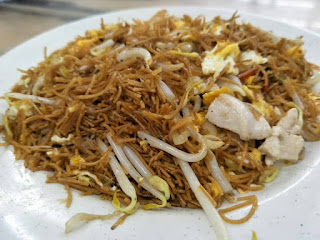