It has  been almost 5-6 years since I met Fong Kin Yew and he surprised me by appearing with Samantha when we scheduled a meet up on 24/11, one of my leave days. It seems that Kin Yew didn't change much and still as the same boyish look. He went back to the same company to work after returning from furthering his studies in Hong Kong. We went to Uncle Jang in Sri Petaling for dinner. It has also been quite long since I last ate at Uncle Jang in Taman Desa.

We ordered the set for 2 pax at RM 21 per pax because Kin Yew still  wanted to go to SS2 for durian. It seems they have shrinked their portion to very little and seems insufficient for us to eat. 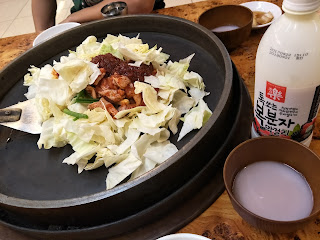 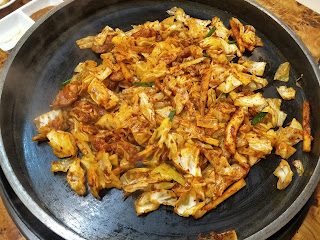 I ordered Makgeolli at raspberry RM 22 which is quite tasty and served in bowls. 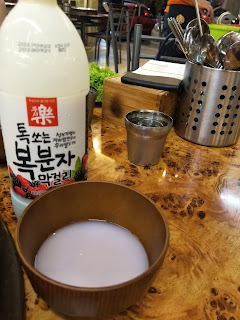 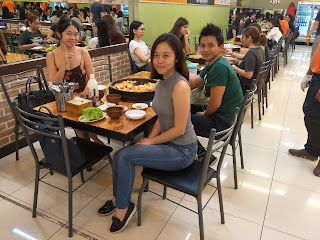