Coming to this food court, somehow brings nostalgia. Somehow, eating in medan selera was never me or my dad's cup of tea, but this one, there is an exception for me. The food here are generally tasty, unlike some of the nice looking and clean food courts in Penang whereby the food is not tasty.

Due to my colleague who likes to eat Prawn Mee all the time, I somehow lost interest in this temporarily. In the past, my Penang food pilgrimage included having Lor Mee beside Goddess of Mercy Temple in town.

The lor mee was quite tasty. The difference between Lor Mee in KL and Penang is the KL version doesn't have chicken legs. The only downside - only 1 chicken leg, so to appease myself, I requested to add more chicken leg but the hawker said I should pay RM 5 for a side dish instead of adding into the noodles for a price. 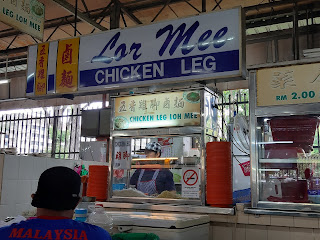 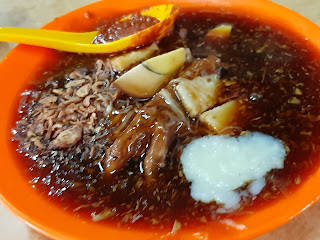 I thought the portion is little so I agreed but when it arrived, wow there were about 9 braised chicken legs inside and can you imagine I actually ate 6 pieces despite having chicken legs the day before? Guess it was because the lor mee styled braised chicken legs are the best, better than the deep fried ones in KL or in dim sum places. 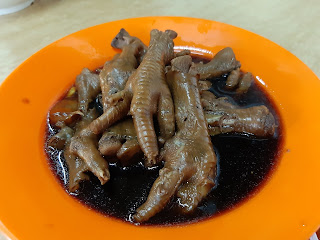 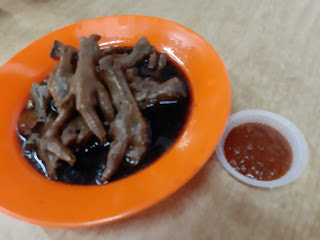