I am so surprised when he asked me whether we could have dinner the next day. Then I realized it was 19 July the next day, the very same day we first met at Starbucks and Alexis Midvalley. He wanted to bring me to The Roof but I wanted to save money and decided on Third Wave at Nexus Bangsar South instead. So this is one of the very few times that I left work early.

The environment is very laid-back, artsy and not too sophisticated as expected for this type of fine dining. 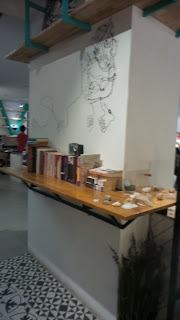 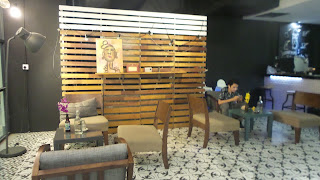 I asked the waiter, which is the most photogenic food in the menu and he recommended these:

During our first dat at Alexis, I ordered duck confit which costs double the price at Third Wave but I didn't like the hard meat and he ended up exchanging his cod fish with me which was very gentlemen of him. This time round the slow-baked duck leg was amazing, tender enough on a bed of crispy waffle and also served with 1 scoop of bacon ice-cream and maple syrup, which is quite a unique combination. At the side is a light walfdorf salad consisting of apple and cabbage. He simply ordered it because I wanted to try it otherwise he is quite conventional. 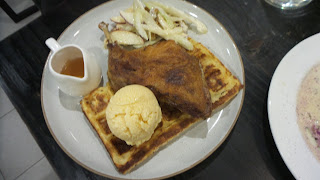 This is one of the best taro / yam that I have ever eaten, considering I dislike yam usually. The taro was deep fried on the outside with a truffled cream sauce containing macaroni and mussels and chicken. The best part is the enoki tempura which was fine and crispy. 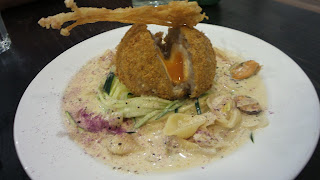 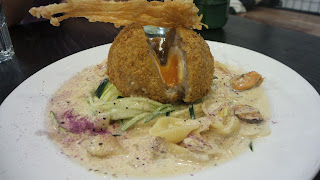 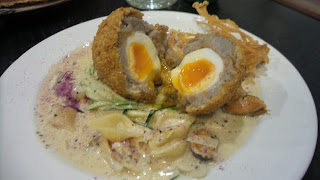 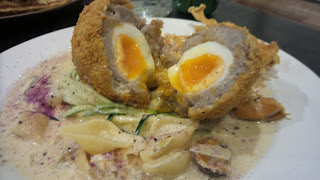 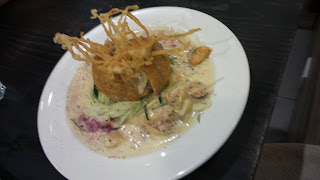 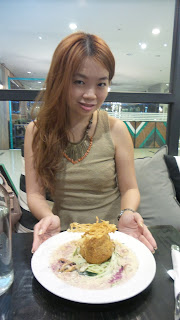 The main  purpose of us coming today is because I had a checklist of trying this. The dessert is a work of art and masterpiece of pink roses. It contains elderflower panna cotta with raspberry sorbet and decorated with blue pea flower gel, passion fruit gel, white chocolate sauce and the champion - elderberry meringue roses which ended up looking like it was unedible unless you like eating coloured wafer. 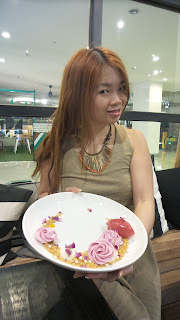 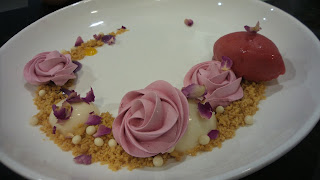 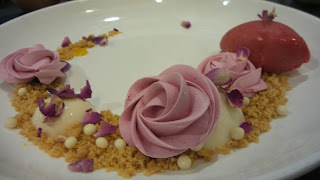 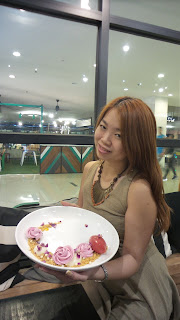 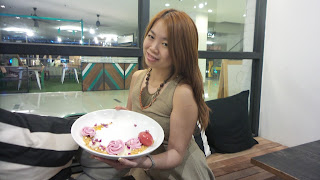