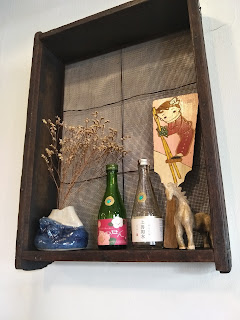 I have passed by this cafe many times in Taman Paramount, and finally decided to try it today since I am in the vicinity on a Saturday. It was raining so I didn't want to spend too much time looking for other cafes.

Before they opened this cafe, previously this same place was used to sell hotdogs but probably it was too big a space to sell only hotdogs. So they maintained the same design of long canteen styled chair and tables that are more for sharing of the patrons.

All the items can be made into a set by adding RM 4 for small bowl of salad, soup and ocha. The deep fried chicken katsu is beautifully fried with very thin layer of flour and breadcrumbs, which is the way I like it. The pickles are also tasty. 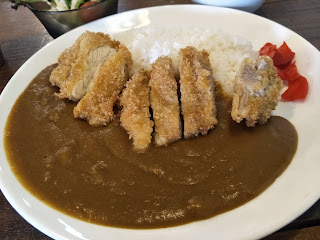 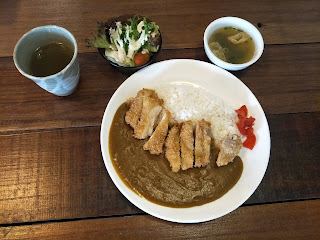 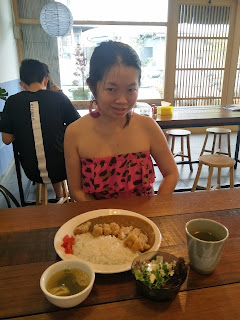 It took a very long time for the ramen to come and I was already starving.

This is more like a salad ramen with shredded omelette, fake crabmeat filament sticks, ham, Japanese cucumber and cherry tomatoes. They added the Japanese pickled bamboo which has a weird smell that makes me puke so I quickly removed all the bamboo. I added a half-boiled egg for RM 2. I poured in sesame sauce and enjoyed the ramen but after eating halfway, it was a bit too creamy for me. 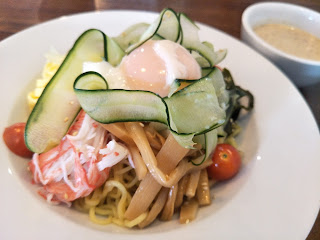 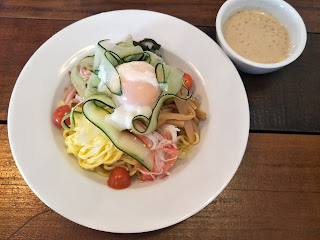 For total price of RM 40 for 2 pax eating simple food like that, probably I will not come again as I can get the food at a much cheaper price.