It has been more than a year since the last time I have been to Basil Pasta with my ex-boyfriend. Since dad wanted to dine western style in somewhere reasonable, I decided to bring them here today. Mum asked me why the place is not piling with people as I have described? I told her we were probably too early and 10 mins later, the place was crowded and people were waiting for tables till mum said she was shy to eat too long there.

This is the best coffee I have ever tried which is the iced macadaemia with a mix of bitterness in it and not too sweet. The price is also cheaper than Starbucks or Coffee Bean. 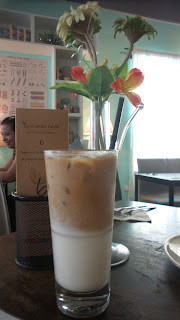 The seafood stew is very worth the price paid as it contains all the expensive seafood like big prawns, mussels, garlic flakes, cherry tomatoes, garlic bread, squid and some pasta. The soup is also so addictive. 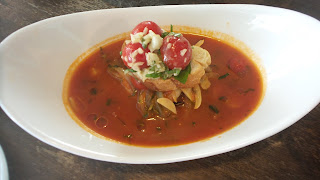 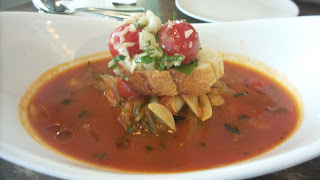 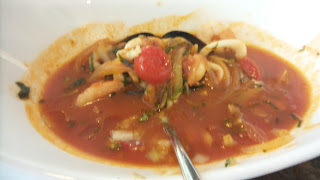 At first glance, it sounds like a great offer to pay this price for lobster but when it arrives, the lobster was too thin and dry. The sauce is also tasty as it is a fusion of hungarian, italian and indian and many other countries. In fact, if you are interested in cooking, you can read many cook books from the library. 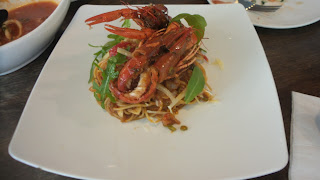 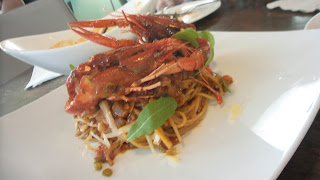 The lamb shank is superb and tender and much better than the one at Porto Romano at Mont Kiara. The lamb is succulent. At the bottom, is a type of flat pasta that makes this dish very filling and special. The mashed potato is deep fried and placed on top instead of at the bottom. 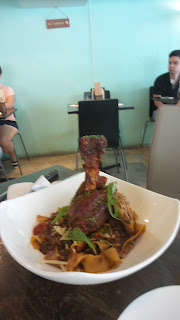 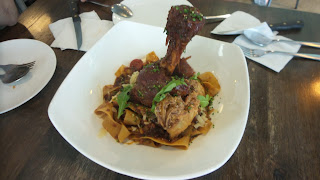 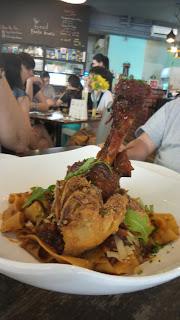 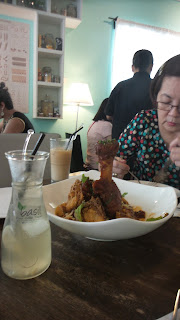 Imagine paying for fine dining dessert for only RM 14.90? Unbelievable right? The pastry is crispy and neatly made too with cream and also strawberries and grapes in between. Totally heavenly! 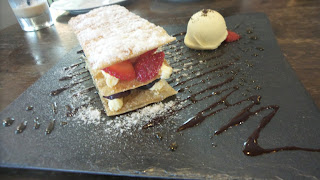 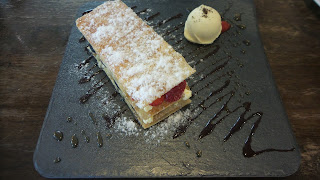 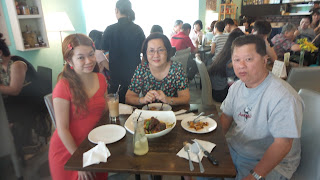