Dad was thinking of eating Dim Sum so we came here though I wanted to eat steamboat. Dad is not much of a steamboat person as he thinks the food is not cooked enough.

The place is quite a distance from Sunway Pyramid. The short cut which I discovered on my way home is to go up to Pasta Zanmai and then use the specially constructed pedestrian bridge linked straight to Grand Imperial.

There were many people here for CNY lunch. We opted for dim sum. I was a little disappointed by the quality and variety. There wasn't the booth for special dim sum choices cooked by the chef as it was a weekday. The prices here are exorbitant. The steamed peanut titbit alone cost RM 5. Luckily the tea was RM 2 per pax.

Just so-so but most expensive of the lot! 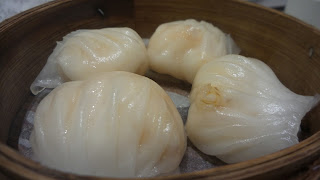 Mum said it is nice. As I did not try it, I could not give you my personal comments. 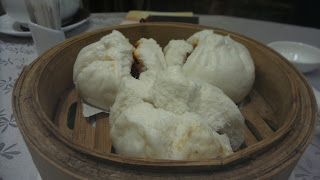 The rice is soft but there are only few ingredients like 1 miserable piece of chinese sausage and mushroom. 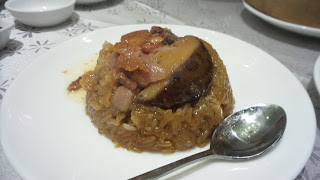 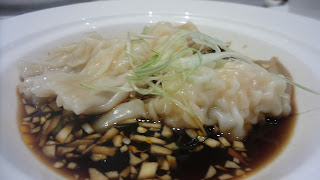 This is basically expensive Xiao Long Bao whereby the skin is too hard, tough and not thin and translucent enough. Loses to Dragon-i. Price is still more expensive and not worth it. 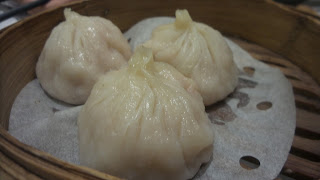 The peanut sauce with la mian is just a weird combination and spoils the original taste of la mian. I thought sze chuan style meant clear soup with chilli oil? Mum said it is ok but I beg to differ, and it would have been better with udon or cheap yellow mee. 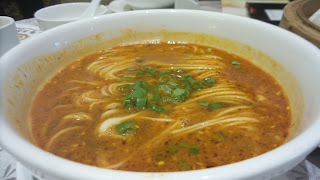