I seriously don't know what's is so spectacular about Fatt Kee that everyone crowds here during Chinese New Year. Probably because it's kind of the very few fish noodle shop opened during CNY and also that they sell entirely only fresh that happens to be fresh too, not to forget expensive too. We had 1 fish head bihun soup, 2 dry styled noodles with mixed fish and my tomyam fish head with some fried wantan and fu chuk with fish paste inside, 4 herbal drinks, all costing RM 100!

I was so shocked when my Tomyam Bihun Soup arrived in a super large humongous bowl of bihun and the soup looked like it was santan laden to the extent of making it look like curry bihun! Every mouthful I had, was a complaint and regret of ordering this and the cost was RM 48! I could not finish the bihun and also fish which looked like half a big fish! If you are a small eater, I suggest you order this and share with 2 pax. 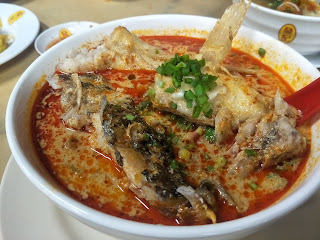 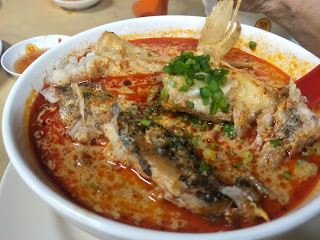 In future, I have to order the dry style instead and mention "Mixed fish" which would be the normal portion. And the soup is better with salted vegetables and tomato. 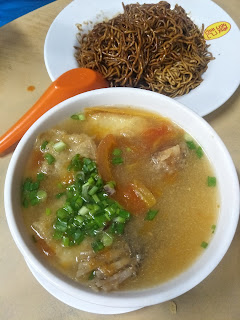 The fried wantan contained more like flour and paste, fried till crispy and nothing else. The Fu Chuk just tastes normal. 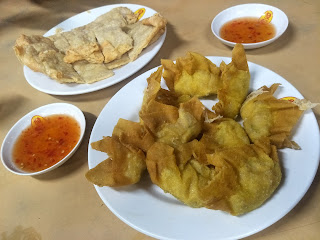