Visiting Jusco Shah Alam was a big journey of discovering many eateries, that are new and unique with names such as Orchid, to Windmill, Red Lobster, Secret Recipe, Yoshinoya to even Mukano Chocolate Cafe. There was even a Vanguard Cafe there! I noticed there are many Japanese shops there too including a Japanese optical shop!

Since we have had dinner, I decided to fulfill my ice-cream craving by sharing a cup of matcha ice-cream, called Majeil meaning home made soft ice-cream. I ordered the Kyoto Matcha Red Bean (RM 8) which even came with cornflakes at the bottom, a dollop of honey and the smoothest red bean in the world that was so fresh and soft. 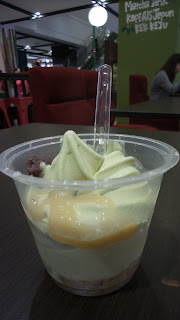 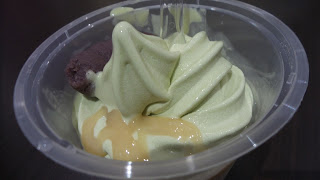 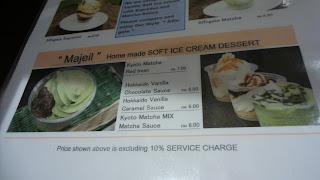 This cafe is also famous for matcha latte so I ordered the matcha latte at only RM 7! The latte had just the right amount of milk and we could still taste the green tea bitterness! 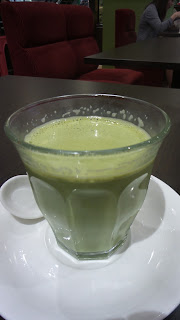 There are Japanese eating here too due to the owner is Japanese guy probably with his son operating the business. We were initially drawn to eat there because of the Japanese boss.

After eating, I had fun taking photos at the four season photo spots in the mall, normally conveniently located near the escalators.