Every time my parents come, I would have to spend a lot of time googling for new food places as my mum wants to dine in a high class or at least air-conditioned, clean restaurant. This time, since it was during CNY on 9th Day of CNY, there were not many restaurants that are opened or not many that she hasn't tried since I always have some personal favourites. Moreover, mum's Chinese Birthday is on this day. 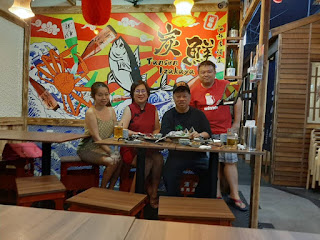 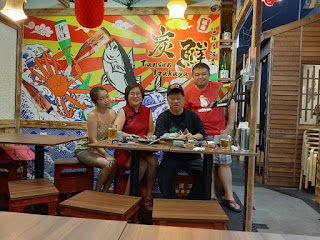 Let's say the power of Facebook Ads pushed to me the Tansen Izakaya advertisement of RM8.88 sashimi whenever 4 pax dines. 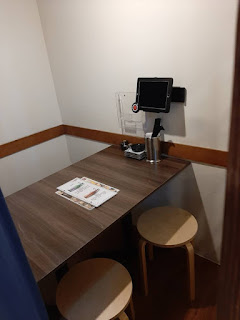 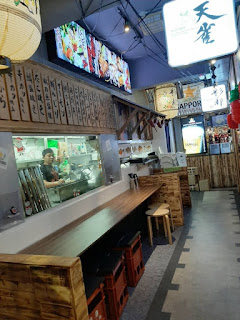 Boy was I disappointed when I arrived there are the promotion has ended. Probably it was for CNY period. Anyway, since we came here, we checked out the place. There was a promo that if we order 2 Sapporo Beer Mugs, we can order any of the appetizers for merely RM8 so I have used that promotion to the max.

We were lucky they gave us a free appetizer which happened to be the expensive Braised Salmon Fish Head! It was such a tasty appetizer and made us so happy. 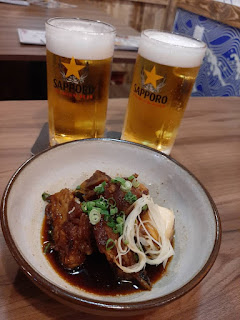 This is the cheapest Kushikatsu ever in Malaysia or even Japan! It came with 2 ebi and 1 stick of shitake mushrooms deep fried to perfection and the crisp maintained. 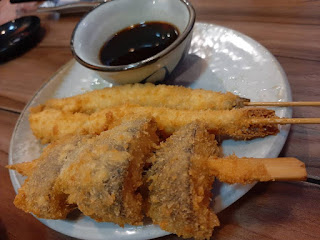 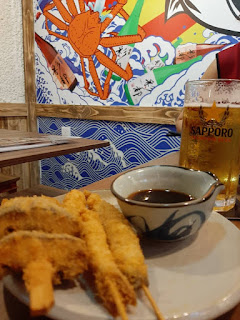 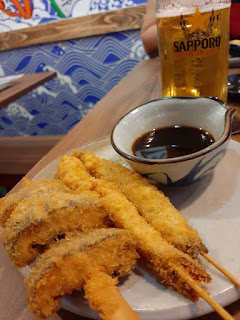 The Salmon Fried Rice was an expensive fare but the portion was as small as a normal white rice bowl. It was full of aroma from the garlic and so tasty! 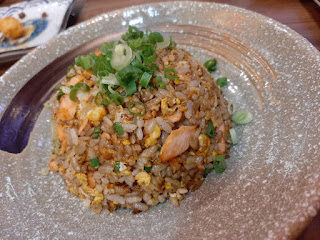 The Yakitori Set came with BBQ pork, chicken and ladies fingers. Just a tad salty and the pork was not tender enough. 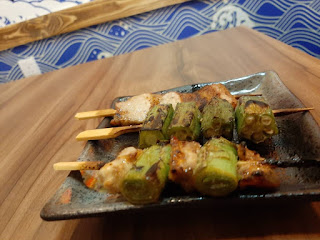 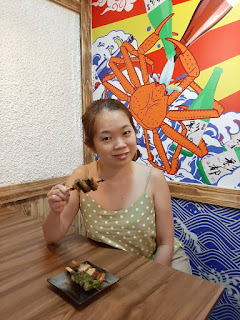 Initially, I was a little hesitant to order this as not many Malaysians can make nice okonomiyaki like the Japanese but luckily when it arrived, I wasn't disappointed but it was quite tasty. 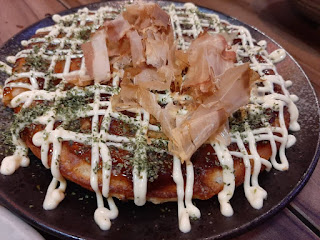 The steamed grouper was touted to be one of the popular dishes and to me, anything steamed is better than those unhealthy fried stuff. We were so shocked that the RM28 grouper came in such a small portion and nothing to shout about it, bet I could make better one at home! 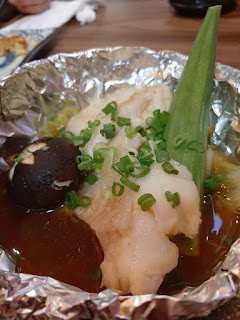 The Chicken Namban was very oily, but unique that it was deep fried with egg till golden brown. 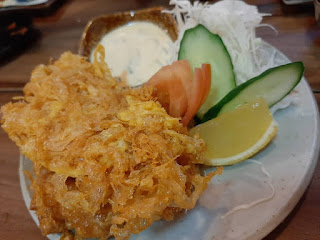 Gyoza was normally a favourite of ours but when it arrived, it was too small and not tasty at all. 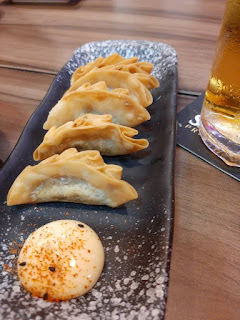 Although it seems that most of the items cost RM8, but finally the whole dinner cost RM135.30! Perhaps I was too greedy and ordered too much!