We were about to go to Memoiers Studio and were hungrily looking for a lunch place. We stumbled upon this place which sells special Taiwan Potato Noodles.

This noodle has a little rubbery taste to it. It was ok for me but Jonathan found it not to his liking. The soup was delicious though. The portion of noodles was as though it was for 2 people. 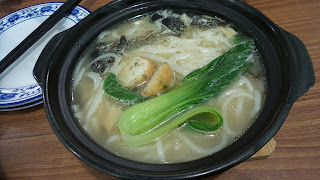 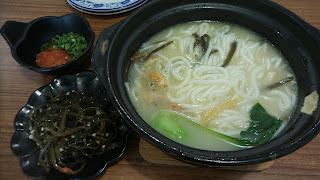 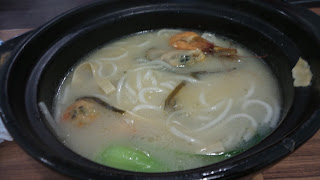 We prefer the noodles for this one as it is soft and transparent. the chilli soup is not spicy at all. They initially did the order wrongly and forgot to serve in chilli and added it later with the thinly sliced beef. 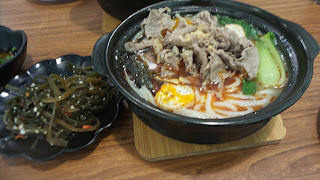 This was made a set with Plum Juice (RM 4.50) which was super sour.